1st
Marie
Confounding your RP with hers

Gann is fun, quickwitted, a hilarious drunk and a total sleepgriefer.

Ulu is scary but with a heart of gold - nope, just scary, that's it, and it's great.

Kassha is great, even in his crabby moods.

TOR is a great tour guide, and a cunning foe when it comes to his Steinn.

Ghourr is fun to travel with, a true explorer at heart.

Finn is a character (and player) who is so inclusive and really helps get people involved with the world when they don't have time to play every day. Solidly in the Top 10 of Avlis.

Marie (the confounder) - A bouncing ball of old school fun that has returned full of vim and vigour! Ever delightful at bringing so much energy to the game, it's hard to keep up! Also 'Friend stone!' is a phrase that is now stuck in my head.

Tangleroot - Another evergreen player, who alongside Demonlady's everchanging roster has made shifter training MINDBLOWINGLY good. He's charismatically breathed life into Verrosan philosophy so well, I now sympathise with their cause (either that or it's Stockholm syndrome) Brilliant!

Ulu Ellexin - Cold, proud, fierce, and.... fragile. Ghostie always stuns me with the depth of her characters, and having seen Ulu in a different light recently, she's even MORE terrifying than I (and my characters) ever realised!

Bronsen - Bronsen's player has a consistent attention to detail when playing their character. Loving the journals!

Selia at first glance is off-putting, a fairy dragon wizard I can feel the groans. But over the last year she's blossomed and grown. She's still a flighty ditzy fairy dragon but has the makings of a great mage.

If you don't know who Marie is, well your avlis experience is lacking. Marie is that bit of chaos that injected into any situation makes hilarity/sadness/happy fun flail times/and sometimes but not often deep introspection. One of my top two favorite Forianites and the standard to which I hold all other Forianites too.

It's taken me a long time to have a character involved with the trust, and arcane magic, in any way. My recent interactions are what led to my first RPotM vote. It has been an absolute blast talking about the details of arcane magic in an in-character context.

My second vote comes for one simple reason: the guy is an amazing in-character leader. He makes sure everyone feels informed and included. All my characters involved, and I as the player, appreciate this greatly.

Kaytze is refreshing and living what she believe's in. Good RP loved it!

ThorFinn, he commands you listen, without him even asking. He is truly can muster the troops. I loved it during event when he said " I should have brought more Rum"

Vesdrac was cool and calm in the midst of an annoying mage wannabe.. truly was delightful how he kept his composure. "Shall we do tea?"

Tel ... Rockfall, The best store in all of Negaria.. Truly a delight to RP with.

Ewnin, good to see him popping in.

Siegu the first construct to raise eyebrows.. is he real or is he memorex?

Pleth, Qute and Lady Awesome of course as well as BeRF, Ambrosia, Dieder, Titania, Trigger and all the DM's just pure cleverness behind the scenes ... Thank you!

Marie, it's awesome to have such an old school player return! It's fun to see the world through her eyes and appreciate the changes and improvements that have happened in the last 10 years. There's a lot to catch up on and I am happy to have an old friend around to catch up with. Yay!

The other vote is tough, there are a lot of fun people about. So for my second vote I'll throw in some names/descriptions as I forgot to vote in RPOTM last month and had many laugh out loud moments I should show some appreciation for; around the trade fair, Mistbreezes, keep being you!; the Gnolls - for the life of me I can't remember your names and I lost my logs, sorry - Ghourr? Or something like that and the other Gnoll who was accompanying him - good stuff. Tangleroot, for his animal taming that led to someone getting stoned in a bad way. Drog, for being the awesome merchant dude he's consistently great at and a nice guy OOC to boot - props to you. Mr Bee, Rhys, Aravae and the (many) Drangonari, I can't help being a little intimidated whenever I'm talking to the low cha gang but it's all good stuff and has resulted in many chuckles at my screen.

Tig is a deceptively clever hayseed, and just a hoot to play with.

She Confounds, she astounds, and often hops around. Marie!

Thralia has been a very consistently played character.

Raves for all of the Maidens.

It's unfortunate we cannot vote for characters of DM's; a lot of them play their personal characters very well.

+ Everyone who Sister Clemence squeezed into a dress and/or a swim suit at the Trade Fair! You are now fabulous.

Marie ( Sterre) the confounding , confounder. Always a fun and yet at times confusing outing with this one, even if it is just standing around talking. Still say Marie should have been elected House Speaker down in Mchek back when.

Berry and Cherry and Peaches and Maddy just because they are all a great group to interact with and its just too bad they cannot all be online at the same time more often. If you have not interacted with these hin then you should. Just need to find a real Doomberine...well maybe that might not be a good idea after...maybe.

MIster Oi - the most misunderstood hilarious and magical pc in this game I have ever stumbled across! (it doesn't happen very often) He is true to his character in every way and it just so huggable! I actually just don't have enough words on how much I love this PC.

Keladry because It's nice to be able to teach some White Necro and Learn again myself! The true essence of the loving healing of a god wrapped in green cloth. Introducing... THE FINGER OF AWESOME (that is the true winner here)

Ghourr! Clever gnoll with a code. And could he be more funny?

Congrats to two very well deserved winners!
Your password must contain at least 8 letters, a capital, a plot, a protagonist with good character development, a twist, and a happy ending.
Top 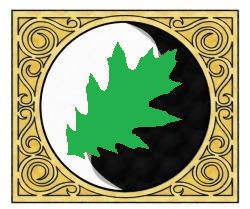 Tel ... Rockfall, The best store in all of Negaria.. Truly a delight to RP with.

Thank you! Gotta give a follow-up shout out to all the active shops I can think of right now,

The fact that Doomberine was mentioned made my heart melt.


Also thank you to everyone who leaves comments. Everyone needs to take a moment to appreciate eachother and share the fun. Too many horrible things happening! Be kind to one another.
Pia - The Miette Hartley Ribbon for Exceptional Disregard of Allies 2014
Top

Aww, thanks you guys! I'm having a blast since coming back!
Congrats, Finn!
Top

congrats! lots of comments this month!

Congrats to all!
Top

Nice work, and well deserved. Congrats to you both!
Top

Congratulations to Eef & ghostie (& welcome back)!

May ye always find a Friend in the forest!
Top

Congratulations to you both!
Top
Post Reply
12 posts • Page 1 of 1