Its been a great month and thanks to all that left comments, and threw their hat into the ring, nice turnout everyone!

Without to much more preamble!

Well done to both!

Major kudos to all the players involved in the Helbyssia plot - it was a long one, and had tons of great roleplay. Very well done by team and PCs alike.

MJ's rangering is consistently among the finest on avlis, but this month she really blew my mind. Stunning!

Arcadia has bravely done something I haven't seen in years. Picked a very involved game she knows nothing about, somehow stuck with it and found enjoyment. Truly commendable. I am so glad she's around and helping make the place better.

Zander has done a great job helping me out in game with a complex uphill but enjoyable task. I am very grateful for his efforts and would without question be worse off without this character here.

Sammuel Valorian, wow. My first encounter with him (and Fock) was amazing, and he just got better from there.

Gurkz, you gotta love him. He's always great fun to play with.

Ernst & Solveig: About time that pair grew a pair, if you know what I'm sayin'!

I voted Geris Grey and Kynthalas this month.

Gweyn can always be counted on for some thoughtful discourse or in the case of my PC, some witty back and forth and a zap or two.

If I could vote for more, there is a lot of unsung Heroes on Avlis, that I would vote for. Honorable mention to everyone at the Hel'Byssia event.

Kice Ansu's struggle on the Helbyssian peninsula was compelling and powerful. She took elements of a story that most would deliberately gloss over, mixed them with the subtle strengths and weaknesses in her persona, and shaped them into elements of true Lovecraftian Horror. Rarely have I seen any character do this, let alone do it so well. The event simply would not have been the same without her.

Ferria "the one that keep the Mouzekateers in order" Mouze

Zander! Zander! Zander! He is the warrior dude that is just there, and yet he has so much depth that you barely notice. How exactly is that possible?

Kohav'yoom, just met this guy today. New to the server and everything. Too cool! Keep up the good work! If you can keep your cool whilst taking a bath, then you HAVE to get my vote!

Sam'ghul has been a fresh Breath of Valorian this month, helping turn a relatively slow Avlis into Boomtown. Just don't give out any more scrolls, damn you.

Geris' current incarnation is fun to watch prowling around.

Set is always fun to roleplay with, while seeing how his quest for profit is progressing.

Thienna has always been the Lady of Lore, the Maiden of Mythology, and the Damsel of Doctrine.

I wish I could vote for three! I have recently roleplayed with Kia'len Amore'fiden as well, so I would vote for her too if I could. Having a great time here, on Avlis!

Gurkz has been great this month between his tournament and teaching me about drinking while fighting bears!

Kice once again shows she is one of the best at delivering quality roleplay.

The wee little Bard, Gordy, always knows how to make characters around him have a good time and enjoy the adventures they share together.

Rode..... aka Serenity, tough, disciplined, strong. Just the way a warrior should be. Seems she found a cause, or a calling, and is pursuing it with everything she's got.

Deo. So fun to play with when she is nice. Even more when the niceness goes away.

Lily! Lily is so much fun to be around. Just when you think the situation is under control? Yeah right, Lily to the .... rescue? Better bring your fireproof suit! Its gonne get hot! And her comments? Holy crap, you never know what's going to come out of her mouth!

Tris - Badass that takes gruff from no one

Thorfinn proves once more that there is so much more then just the drunken warmaster. Touching stuff!

BBF is one creepy motherfucker, which is to say he's smart and is always true to his core. The guy just never takes the easy way out. Ever. Cheers for that.

Zander's meteoric rise recently has left me both breathless and more than a little excited, he's a guy who's going places, a stalwart companion on even the roughest adventure and a great guy to hang out with afterwards, immeasurably kind and generous, always with time for anyone who needs it. My new favourite Barbarian has arrived

I can honestly say I hadn't really noticed Rode until recently, she was always there, but kind of in the background, but, I am happy to say all that has changed, my character has had reason to interact with her recently and i've found it a very enjoyable experience, I was expecting indifference, but what i got was welcoming, interesting RP that seemingly attempts to include as many people as possible. The Layten's mercenary company "Serenity's Swords" is awesome, and with Rode at it's helm, I can't see it disappearing any time soon.
You can stand under my umbrella..
Top

I love reading the messages. They are awesome.
Pia - The Miette Hartley Ribbon for Exceptional Disregard of Allies 2014
Top 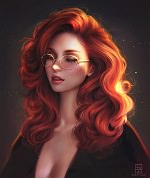 Great Job both of you!

Can't wait for next month!
*the handwriting is very small but very neat and the note is signed with a little squiggle*

Congratz to the winners!!

Whoah! Thanks everyone and Congrats to Set!

*fist pump* GO LAYTENS!
Player of:
Victoria DeVitale: "You know that little voice in your head? The one that tells you not to say things you probably shouldn't? Uhm.... yeah, I don't have one of those."
Top

And I'm so going to stab the person who made the short joke.

It's good to be evil.
Top

Congrats to both players,well deserved! & Thanks for the BBF comment

loki70 wrote:boobs are all unique.Why do you think guys want to see them all??

Micah Ormane wrote:If you want potions, stand just outside the front door of the AKN, and emote *is disguised* about ever 2 minutes or so. Then, when somebody steps outside, cast wail of the banshee. Loot. Rinse. Repeat. Now that's my kind of crafting.

Congrats to both of you!

"Fast as the wind, quiet as the forest, aggressive as fire, and immovable as a mountain." - Inscription on a Samurai battle banner.
Top

I'll raise a glass to you both! Well done!